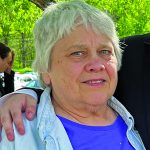 Anne continued her service to her community serving as the Berlin Town Clerk for over 40 years, a position she was currently active in.   END_OF_DOCUMENT_TOKEN_TO_BE_REPLACED

Hoosick Falls – Patricia Ellen “Patsy” Pitt, 60, passed away on Thursday, January 5, 2023, at her residence on Richmond Avenue in Hoosick Falls. She resided there with her fiancé, Bob Nichol.

Patsy was born on January 2, 1963, in Bennington, VT, daughter of the late R. Edward and Patricia (Mahar) Carknard. She graduated from Hoosick Falls Central School, class of 1981. Patsy was employed at Rosenberg Construction in Hoosick Falls as a secretary until retiring. While in high school she was an accomplished athlete. Patsy enjoyed golfing, playing pitch, dancing to the jukebox, breakfast at Jean’s Diner, and spending time with her family and many dear friends. END_OF_DOCUMENT_TOKEN_TO_BE_REPLACED 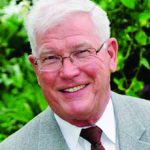 You may have driven with him in his prized 1934 Ford Cabriolet with the top down. You may have spotted him in town surprising someone with a bouquet of long-stemmed roses. Or he may have called you on your birthday, always remembering the date but too polite to mention the year.

Born in Troy, Ed was the son of the late Albert Seagroatt and Helen Brown Seagroatt. Ed was raised in Berlin, NY and resided in the Capital District area all his life. He attended Avon Old Farms School in Connecticut and was a graduate of La Salle Institute in Troy, NY. Ed earned a degree in Ornamental Horticulture from the State University of New York at Farmingdale and later served in the Coast Guard. END_OF_DOCUMENT_TOKEN_TO_BE_REPLACED 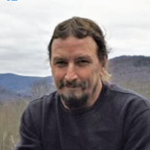 Born in Troy, he was son of the late William Walsh Sharpe and Martha McChesney Sharpe, and husband of Darcie J. Lemere Sharpe. He had resided in Petersburgh since 1998 when he began building his home.

William was a self employed contractor, woodworker, and craftsman.

He was an avid outdoorsman, who loved hunting. He loved to work and always kept busy working with his hands. He built his home in Petersburgh from the ground up using many resources and materials found onsite; from the custom rock fireplace to the milled wood all throughout the home. Every aspect of the home came from William’s imagination, his hard work, and the natural resources all built with his hands. END_OF_DOCUMENT_TOKEN_TO_BE_REPLACED 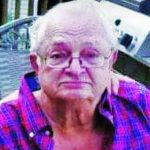 Stephentown – Robert W. “Bob” Willis, 80, died early Monday morning, December 26, 2022 at his home with his family at his side. He was born in Waterbury, CT on January 6, 1942, the son of the late Allerton and Alice White Willis.

Bob resided in Watertown, CT and Bantam, CT where he was raised and educated. He was a US Navy veteran of the Vietnam War serving aboard the U.S.S. Wasp in the Atlantic fleet from 1957 to 1965. END_OF_DOCUMENT_TOKEN_TO_BE_REPLACED

Hoosick Falls – Ruth A. Stowell, 84, passed peacefully at the Southwestern Vermont Medical Center on Monday, December 12, 2022. She resided on Fiske Street in Hoosick Falls and was the wife of the late Charles Stowell who passed in 1989.

Ruth was born on May 19, 1938, in Hoosick Falls, NY, daughter of the late Earl and Helen (Kimball) Brown. She worked at several manufacturing companies including Holman’s, and the Love Joy Chaplet, both in Hoosick Falls, and retired from Nastech in Bennington, VT. Ruth liked taking walks, attending craft fairs, and spending time with her family. She was a member of the First Baptist Church in Hoosick Falls, NY. END_OF_DOCUMENT_TOKEN_TO_BE_REPLACED

Hoosick Falls – Corina L. (Jones) Bakaitis, 84, passed away Thursday, December 29, 2022, at Southwestern Vermont Medical Center after a brief illness. Corina was the daughter of William W. and Ella M. (Bickford) Jones. She was born September 28, 1938, the youngest of 8 children. Corina grew up on a small dairy farm in North Petersburgh, NY. She attended Hoosick Falls High School where she met her future husband, William Bakaitis. They were married on July 3, 1955.

Brunswick – Barbara J. Greene, 85, passed away on December 4, 2022 at her home, with her loving family by her side, after a short illness. Born in Saratoga Springs, she was the daughter of the late Frank Noyes and Ellen McCullum Noyes, and the loving wife of 67 years to Albert J. Greene, Jr. Barbara for many years worked in the banking industry. She is survived by her husband Albert, her children David Greene of Grafton and Meg (Dan) Reiser of Melrose. She loved spending time with her grandchildren Daniel (Karly Dolen) Reiser, Jr., Jenna (Curtis) Beck and Elara (Thomas) Foley. In addition to her mother and father, Barbara was predeceased by her sister Nancy O’Reilly. Family and friends were invited to call on Thursday, December 8. Funeral services followed. The family asks in memory of Barbara, to thank a veteran, and go out to eat and enjoy yourself with family and friends. Please visit www.mcloughlinmason.com. 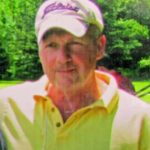 On Monday, November 7, Michael  J. Driscoll died in a motorcycle accident in Hoosick Falls, NY. Mike was a resident of Jackson, NY for over 25 years.  He was born on July 21, 1958 in Troy, NY. He was the son of Fredrick Driscoll and Ramona Bornt. He was a graduate of Hoosick Falls Central High School in 1977. During his high school years he enjoyed playing football and wrestling. His football number 33 has been passed down to his nephew Joshua Driscoll and today worn by his great nephew Porter Driscoll.  END_OF_DOCUMENT_TOKEN_TO_BE_REPLACED 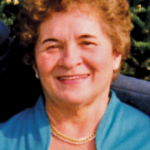 Alyce was born on September 3, 1922 in Hoosick Falls, and was the daughter of the late Josephine Millett Hayes and Jack Covey. She was a lifelong resident of Hoosick Falls and was a factory worker for Bill Burns Glue Factory for many years. Additionally, she worked as a cocktail waitress at The Barn and had also worked for the Undergarment Factory. END_OF_DOCUMENT_TOKEN_TO_BE_REPLACED