It took developer David Leon two tries and several years to see construction begin on the site for an Aldi grocery store, a KFC and Wendy’s fast food restaurant. Work on the Hoosick Road site has begun, but Mr. Leon’s representatives were back before the Brunswick Planning Board on Thursday evening, October 21, to ask for some modifications. The most important of these is eliminating the

This brings it to four, the number of private wells found to have been contaminated along with the Algonquin Middle School. No source of the contamination has been determined yet and more testing is underway. Read the complete story here.

The Town Board wants more guidance from New York State and wishes to establish where such dispensaries may be located by adopting changes to the town zoning code. The Board plans to officially opt out of any on site consumption.

Presented to the Town Board at their Thursday evening meeting, Supervisor Phil Herrington’s budget proposal calls for no change in the tax rate. Spending in the budget is up, but so are revenues, which allowed for the 0% tax change.

Delivered to the Rensselaer County Legislature on Thursday, the budget maintains the level of county services and is the fourth consecutive year County Executive Steve McLaughlin has proposed budgets that cut taxes. Read the complete story here.

The lead attorney in the PFOA Class Action suit settlement will meet with the public at 6 pm on Monday, October 18 at the PVMCC.

The Meet the Candidates forum, scheduled of Saturday, October 23 has been canceled. 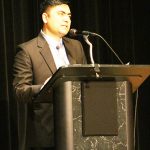 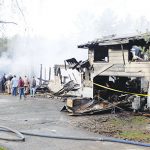 Flames broke out around 4 am on Tuesday morning, April 23 at the Cold Spring Road home of the Retell family. 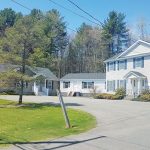 Butch Farrell, the owner of the Grafton based business appeared before the Brunswick Planning Board on Thursday evening, April 18, to present his plans to move his modular home operation to the intersection of State Route 7 and Carrolls Grove Road.

The New York State Department of Transportation is advising the slope repair work on Route 2 at Stewart Road will begin on Monday, April 29. 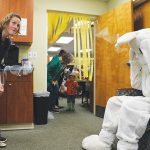 Although it was rainy, it didn’t stop children and their parents from attending the Easter Hop Saturday morning at the Brunswick Community Library to gather up their Easter eggs. 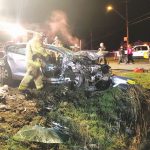 A New Way To Pay At Hoffman Car Wash

A redesign of the entrance into the full service car wash and the installation of automated pay stations garnered the approval of the Brunswick Planning Board on Thursday, April 4.  The company was back before the Board that evening with the final details of the changes that they say have proven at other locations to speed up the traffic flow. They hope by this means to eliminate the backup of vehicles along the side of the car wash turning in off Hoosick Road (Route 7).  At the previous meeting, the Planning Board agreed that the changes to the site plan were minor, and no public hearing was required.  The Board also agreed there was no environmental impact created by the modifications. 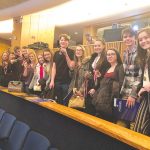 Along with over 100 students from the Capital Region, the Honors 10 class took part in the History Day competition at the State Museum in Albany on Saturday, March 24.