Berlin – Raymond F. Schaefer, Jr., 69, of Ocala Fla, died peacefully at his home on September 1, 2022, after a long and courageous battle with Lewy Body Dementia and Parkinson’s Disease.

Born in North Adams, MA on May 9, 1953, he was the son of the late Raymond F. and Evelyn Gardner Schaefer Sr.  Raised in Berlin, NY, Ray was a 1972 graduate of Berlin Central School. He enlisted in the US Navy Seabees on September 13, 1972 and served 3 years of active duty. Following active duty, he served in the Naval Reserves for 20 years, retiring from the Navy on March 1, 1994. At the end of his active duty in the Navy, Ray began employment at the Watervliet Arsenal in Watervliet, NY, working in manufacturing arms and equipment for the US Army. His kids especially remember seeing pictures of the large cannons made there and knowing that their dad made them. While working at the arsenal, Ray continued his education in the Arsenal Apprenticeship Program, receiving a degree in Metallurgy from Hudson Valley Community College in Troy, NY. He retired from the arsenal after 40 years of hard work on September 3, 2015.

Ray was the beloved husband of Cindy Hanlon Schaefer, whom he married on September 23, 1978. Together they raised their four children in Stephentown, NY. He was an active member of the Stephentown Volunteer Fire Department for many years, a trustee at the First Baptist Church of Stephentown, and a longtime member of the American Legion Taconic Valley Post 937.

Upon his retirement in 2015, Ray and Cindy moved from Stephentown to Ocala, to help care for his in-laws during the last few years of their lives. He became a member of Trinity Baptist Church, and spent his retirement years being a loving husband and supportive son-in-law. He was often a quiet man, but was entirely devoted to his family and unquestioningly loyal and loving of them.

In addition to his wife Cindy of nearly 44 years, Ray is also survived by his four children: Rebecca (John) Eschler of Ocala; Jonathan (Nancy) Schaefer of Colonie, NY; Raymond Schaefer III of Ocala; and Andrew (Tara) Schaefer of Kalispell, MT. Also surviving are two grandchildren, Ethan and Kaitlyn Schaefer of Colonie, and grandson Oliver Schaefer, due in December 2022. He is also survived by his sisters Kathleen (Steve) Bowman and Nancy (Ray) Bowman, and his brother Donald (Colette) Schaefer, as well as by many nieces, nephews, and their families.

A celebration of life service will be held at his home church, the First Baptist Church, Main Street, Berlin, on October 1, 2022 at 1 pm. Friends and family are welcome to come and share their memories of Ray. His ashes will then be placed near his parents at the Berlin Community Cemetery in Berlin.

The family would especially like to thank Hospice of Marion County for the wonderful support and care given to Ray in the last few weeks of his life, as well as the many family and friends who have reached out and offered support, prayer, food, and love. We could not have finished this journey without your loving help. 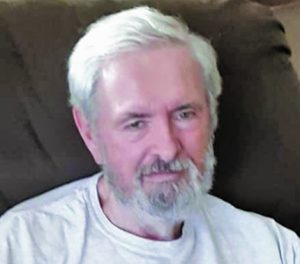