Hoosick Falls – Edward Ruditis, 80, passed away on Monday, September 12 at the Glens Falls Hospital. He resided on Mechanic Street in Hoosick Falls and was the husband of the late Helen (Jones) Ruditis.

Edward was born on September 12, 1942, in Troy, NY, son of the late Edward J. and Jane (Malinowski) Ruditis. He attended schools in Watervliet and worked on the Town of Hoosick Highway Department until retiring several years ago. He was a communicant of the Immaculate Conception Church in Hoosick Falls. Edward enjoyed playing baseball, going to the movies, going to the park with his family, taking long walks, listening to country music, and home videos.

Survivors include his stepchildren Alfred Beagle of MA, Walter Beagle of ME, and Betty Buchanan of NH and their spouses, his sister Mary Ann Santelli, also several grandchildren, great-grandchildren, and sisters-in-law Katie Hussey and Linda Jones. He was predeceased by his stepson Fred Beagle, stepdaughter Diana Pierce, sister Theresa Heckler, and brother John Ruditis.

Graveside services will be held on Saturday, September 24 at 2 pm in the Meadowlawn Cemetery, North Petersburg. There will be no calling hours. Arrangements are under the care of the Mahar Funeral Home, 43 Main Street in Hoosick Falls. 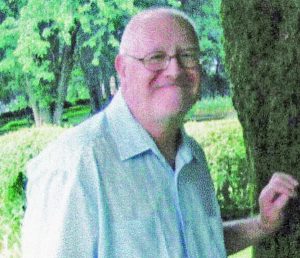