On Monday, November 7, Michael  J. Driscoll died in a motorcycle accident in Hoosick Falls, NY. Mike was a resident of Jackson, NY for over 25 years.  He was born on July 21, 1958 in Troy, NY. He was the son of Fredrick Driscoll and Ramona Bornt. He was a graduate of Hoosick Falls Central High School in 1977. During his high school years he enjoyed playing football and wrestling. His football number 33 has been passed down to his nephew Joshua Driscoll and today worn by his great nephew Porter Driscoll.

He is survived by his daughter Billie Jo and her husband David Remillard of NH; two grandchildren, Alletta and Owen; brother Fred Driscoll of Veneto, Italy; twin brother Mark Driscoll of Manchester, VT; sister Lori Wyman of Hoosick Falls, NY; a brother and sister in law; 8 nieces and nephews; many great nieces and nephews; his uncle George; and Teresa Driscoll. He was previously deceased by his parents, and brother Rick.

Mike loved golf, and his best friends were his many cats. A casual gathering will be held to remember Mike at the Eagles Club in Hoosick Falls, NY, on December 10 from 1 to 4 pm. 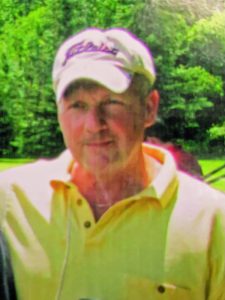