Walter was born in Albany, NY on February 8, 1932 and was a son of the late Frederick and Gertrude (Rudd) Brenenstuhl. He spent his formative years in North Petersburgh where he was educated in a two room school house. He later graduated from the former Walter Wood High School in Hoosick Falls. Walter worked in the family store known as the Y Store at the intersection of Routes 22 and 346 in North Petersburgh and also worked on the railroad in Petersburgh. He served our nation during the Korean War in the U.S. Navy. He was honorably discharged on April 1, 1955 and returned home to North Petersburgh. Walter was a retiree of the Fitzgerald Brothers Quarry in Cropseyville.

Walter enjoyed membership in several fraternal organizations and service groups and was a member of the Disabled American Veterans, the American Legion and the Teamsters Union. He was an avid bowler, who loved the outdoors and enjoyed hunting and fishing. He served as an educator and shared his knowledge of the outdoors with area students.

A graveside ceremony with naval honors will be held on Tuesday, August 9, 2022 at 2 PM, in the Hoosick Cemetery, South Street (Route 95) Hoosick, NY. All are invited to attend.

Contributions may be made to the DAV Charitable Service Trust, 860 Dolwick Drive, Erlanger, KY, 41018 in memory of Walter A. Brenenstuhl.

Arrangements are under the direction of the Thomas M. Barber Funeral Home in Petersburgh, NY. 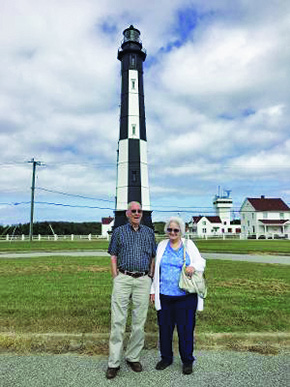