He was born in Hoosick Falls on May 5, 1947, the son of the late Earl Allison and Lillian Travis Hall.  He was raised and educated in Petersburgh and has been a resident of Berlin for over 55 years.

Bud was employed as a machinist by Oak Mitsui in Hoosick Falls for over 30 years before retiring. He currently was employed by the Town of Berlin at the Transfer Station for the past 14 years.

Bud was an avid hunter. He also loved stock car racing and worked the pit crew for John Ruchel, Matt Jordan, John Maxon and Wayne Bouplon every Friday night at Albany Saratoga Speedway in Malta and every Saturday night at Lebanon Valley Speedway.

He was the loving companion of 30 years of Anne Maxon of Berlin; beloved father of Allison “Butch” Hall, Jr. of Ghent, Mark (Marianne) Hall and Terry (Barbara) Hall of Berlin, Jennifer (Derek) Hall of Baird, TX and the late Jody Hall. He is also survived by 10 grandchildren, 10 great-grandchildren and his step-children, Chris (Cindy) Maxon of Hoosick Falls and Matt (JoAnna) Maxon of Berlin and several nieces and nephews. He was predeceased by a brother, Jack Hall.

Relatives and friends may call at the Thomas M. Barber Funeral Home, 66 Armsby Road, Petersburgh on Friday, June 3, from 10 am to noon, followed by the funeral service at noon with Diane Mosher officiating. Interment will follow in St. Joseph’s Cemetery, Stephentown.

The funeral service will be live streamed starting at noon Friday on the Parker Bros. Memorial Funeral Home Facebook page. Please like the site to view the service.

In lieu of flowers, contributions may be made to the Taconic Valley Ambulance, PO Box 307, Berlin, NY 12022. Condolence book at ParkerBrosMemorial.com. 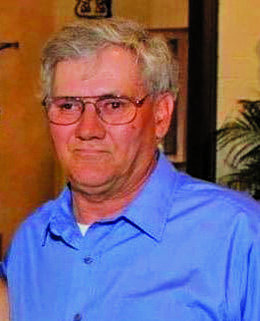