Stephentown – Howard Leibensperger, 95, passed away on April 23, 2022 in North Providence, RI. Born in Tampico, Mexico on July 29, 1926, Howard grew up in The Hague, The Netherlands, speaking both English and Dutch. He was the son of Raymond and Bertha Leibensperger, who raised their family in different parts of the world through Raymond’s job in the oil industry. The family eventually returned to New Jersey, where Howard graduated from Montclair High School. In 1944, Howard took college classes at the Virginia Military Institute, and in 1945, he enlisted in the U.S. Army, serving as a battery clerk in Germany in the immediate aftermath of WWII. He received an Honorable Discharge in 1947. From then until his retirement in the early 1990s, Howard worked as an auto mechanic.

Howard was a devoted husband and father. He met and married his wife of 66 years, Sylvia (Pendleton) Leibensperger, in Rockland County, NY, where they raised their three daughters. In 1977, he and Sylvia moved to Stephentown, NY. They were very active in the Stephentown Historical Society and in the local community through Sylvia’s position as Librarian in the Stephentown Memorial Library. Howard and Sylvia believed in self-sufficiency and built their life growing their own food and doing their own carpentry and home improvement. Howard and Sylvia shared a love of nature and the environment. They camped in their truck and trailer all over North America, from the Gaspé Peninsula to Alaska. Howard and Sylvia loved animals, owning numerous dogs, cats, fish, parakeets and chickens over the years.

Howard’s generosity, kindness and affection for others were expressed through his quiet, patient manner. He had a gentle sense of humor and an excellent memory. He was a formidable Scrabble player and solver of crossword puzzles. 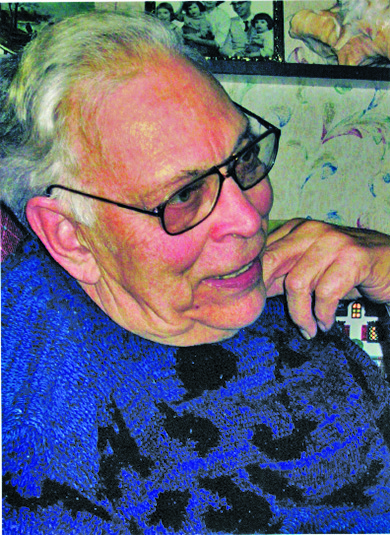