Pittstown – Clark D. Edelmann, 73, a longtime resident of Pittstown, died peacefully in the comfort of his home Thursday, May 12, 2022.

Born in Honesdale, PA, November 7, 1948, Clark is the son of the late Frederick and Norma (Milligan) Edelmann, and husband for over 53 years of Mary A. (Borter) Edelmann of Pittstown, who survives.

Clark was a graduate of Tamarac High School in 1966. Throughout high school he competed on the wrestling team. Later he became a force to be reckoned with on the arm wrestling table, competing in, and winning, several tournaments.

Clark was employed right out of high school by the former Matzen Construction Inc. in Raymertown. During his 40 plus years of service at Matzen’s he was held in high regard with his coworkers and held the title of foreman for many years. Clark was well rounded in the construction field, but as time went on, his specialty became erecting large steel buildings.

Clark’s life work of over 50 years was his family business, Edelmann Sales and Service Inc., in Grafton, which was founded by his parents. He was later joined by his son, Tim, as co-owner, and also his daughter Heidi. Clark could always be counted on at “the shop” as a friendly face behind the counter with an answer to your question or a story to brighten your day.

In his quiet time, Clark could always be found on his John Deere tractor in his never ending quest for firewood. However, his most precious pastime was spending quality time with his children and beloved grandchildren.

In addition to his wife, Mary, Clark is survived by his children, Timothy and Jillian Edelmann of Grafton, Patti and Ken O’Connor of Clermont, Heidi and Mike Bacon of Hoosick, and Robin and Dan Doptis of Pittstown, seven grandchildren, KC, Koster, Emma, Molly, Lily, Maverick, and Jack, two sisters, Susy and Jim Gavagan of Buskirk and Mary Lou and Paul MacNaughton of Pittstown, his mother-in-law, Catherine “Kay” Hagadorn of Boyntonville, and several nieces, nephews, and many friends.

Relatives and friends are invited to call at the Howard B. Tate & Son Funeral Home Inc., 2237 New York Route 7, located in Raymertown on Friday, May 20, 2022 from 2 to 5 pm. A memorial service for Clark will follow, at 5 pm, at the funeral home. Burial at Warren Cemetery in Boyntonville will be held at a time convenient to the family. 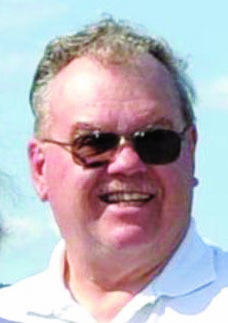