Grafton – Andre Jones, age 66, followed Jesus to Heaven, full of peace and faith, surrounded by his loving wife and children, on December 20, 2021. He was born September 13, 1955, in La Chapelle-Saint-Mesmin, France, while his father was stationed there in the U.S. Army. He was preceded in death by his father, Harold Jones, brother, Howard (Bub) Jones and sister, Paula Dixon.

Andre was a reliable husband, father, friend and a lifelong general contractor known for his expertise and integrity. Most recently, he partnered with his youngest son, Russell, to form A and R Jones Contracting Inc. Andre’s love of life was inspiring. He was always digging deep into his interests. He had many hobbies and a long list of mastered skills. Once he decided to learn about something, he put all he had into it. His most recent endeavor was sustainable farming and traditional food preparation as a way of providing his family with healthy, chemical-free food. He spent years converting woods on his property to pasture and began gardening, raising pigs, steers, chickens and bees. Rendered tallow and lard, fermented vegetables, homemade sourdough starter and raw milk kefir were all staples in his kitchen. He made his own maple syrup and milled his own lumber. His lifestyle was truly an inspiration to those who knew him. Andre’s personality was magnetic. He was generous and a wellspring of knowledge, often the first call when one encountered a difficult problem. Hosting large family dinners was something he most enjoyed. He was always laughing loudly and was full of strength and energy that uplifted all who were around him. He is greatly cherished and tremendously missed by his friends and family.

Above all else in his life, Andre sought truth and guidance from God in everything he did, and taught his children to do the same. Right to the end, he was talking about Jesus and the peace he had because of him. He credited his successes and blessings in life directly to God.

Family and friends are invited and may call at the Frank P. McDonald & Son Funeral Home located at 870 Second Avenue, Troy, on Saturday, January 8, from noon to 4 pm. A celebration of Andre’s life will be scheduled for a later date. 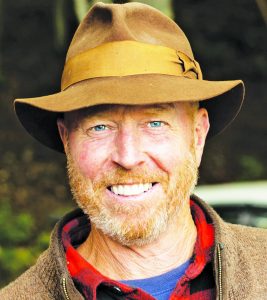 Former New York State Assemblyman Pat M. Casale passed away Friday, August 5 at his home surrounded by loved ones. Among his many accomplishments were serving in the U.S. Army where he was deployed to the Korean Conflict, becoming a member of the Troy City Council, being elected as Mayor of the City of Troy, […]

by Doug La Rocque There was a resolution put forward to allow the 24 single home project to begin grading nearly half the site prior to Rensselaer County Health Department (RCDOH) septic approval, but it was tabled by the Brunswick Planning Board at their Thursday, August 4 meeting for further review. The resolution is a […]

by Doug La Rocque Hoosick Town Codes Enforcement Officer (CEO) Lloyd Moses has informed the Town Board that he will be leaving office on August 19. Mr. Moses has agreed to come in one day a week to deal with building permits until his replacement can be found. Speaking with The Eastwick Press following the […]

Written by Corey Brown, Courtesy of NLCSD Hello New Lebanon Students and Families, My name is Corey Brown, and I am very excited to introduce myself as the new Athletic Director and Assistant Principal of New Lebanon Central School District. I am honored that I was chosen to help lead such an outstanding district and […]