Petersburgh – Jaculine L. Powers, 81, formerly of Elizabethtown, NY, passed away peacefully Saturday, October 1, 2022 at the Center for Nursing & Rehabilitation of Hoosick Falls. She was born on July 25, 1941, the daughter of the late Arthur B. and Dorothy Church Powers.

Jaculine lived in Grafton and Petersburgh most of her life before moving to Elizabethtown in 1985. She moved back to the Petersburgh area in 2018. She was employed as a cashier for Tops and Grand Union Supermarket in Elizabethtown, where she made many friends. She also had a framing business.

Jaculine owned and bred horses. Cookie was her pride and joy. She loved her dachshund dogs who were not only her pets but her family.

Funeral services are private at the convenience of the family.

In lieu of flowers, contributions may be made to Crane Mountain Valley Horse Rescue, 7556 NYS Route 9N, Westport NY 12993, or to an animal rescue of your choice.

Arrangements are by the Thomas M. Barber Funeral Home in Petersburgh. Condolence book at ParkerBrosMemorial.com. 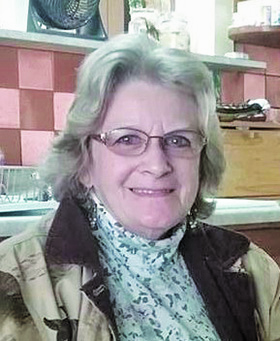