He was born in Berlin next door to his present home on December 10, 1934, the son of the late Herbert and Eva (Southard) Moses. He was educated in Berlin Schools and employed by Troy Sand and Gravel. He enjoyed traveling to Maine.

Fred was a proud veteran of the US Marines serving during the Korean War. He was a member of the Taconic Valley American Legion Post in Berlin.

He was skilled in areas such as gardening and logging, owning his own equipment and building his home by first cutting trees on his land to saw, plane and build the structure.

Fred was a real animal lover, especially his cats, and loved watching the deer and turkeys from his back porch.

In lieu of flowers, contributions may be made to the Mohawk Hudson Humane Society, 3 Oakland Avenue, Menands, NY, 12204 or mohawkhumane.org. 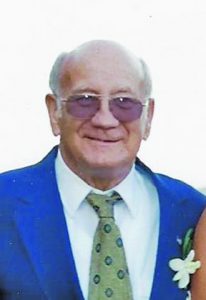