by Doug La Rocque
In light of the situation in Ukraine, many people have been relating it back to the late 1930’s and 40’s when Nazi Germany invaded country after country with the horrific persecution of people of the Jewish faith. It is now referred to as the Holocaust. Students still study this time period in history but since it took place 80 years ago, it is tough to relate, until now.

Thusly, it was rather poignant that Holocaust survivor Ivan Vamos was present to speak to an assembly of Hoosick Falls High School students on Tuesday, April 12. These students listened intently to Mr. Vamos with several having questions for him and some taking the time to gather with him as well. 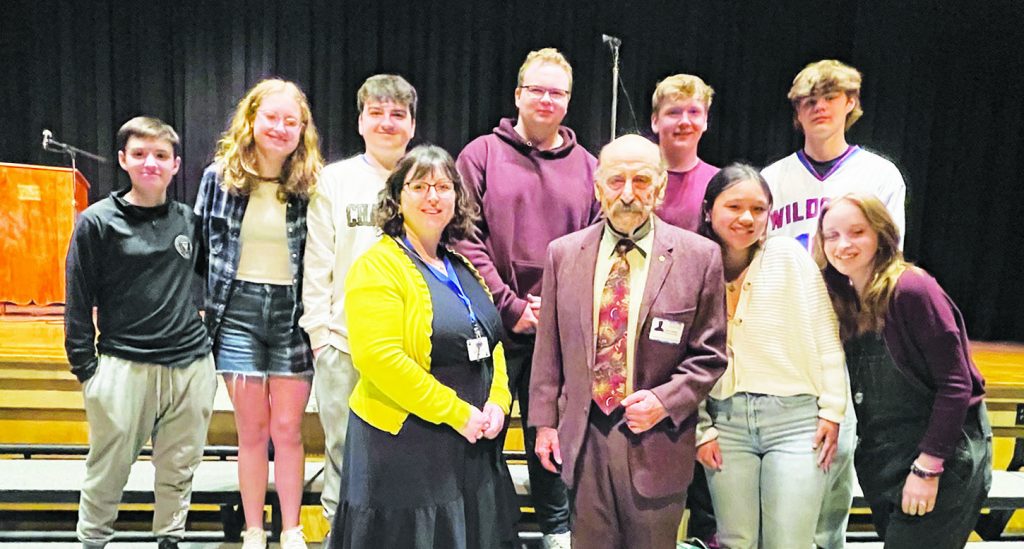