Grafton – Elsie Risedorf, formerly of Grafton, and Morris Plains, NJ, passed peacefully on January 6. She turned 95 on February 5. During the past five years she had been enjoying life in the Dallas area. Her two younger children, family and friends kept her busy. Always upbeat, the COVID-19 shutdown was just a temporary annoyance. Elsie patiently waited for her adventures to continue; during the past months she attended many events and family gatherings.

Elsie and husband Ken bought the former Mountain Top in 1987 and renamed it The Grafton Inn, where they catered or hosted hundreds of parties, celebrations, weddings, conferences, coffee hours, wine tastings and picnics during their twenty years of retirement. Ken passed away in 2010, but Elsie carried on. Soon after her 90th birthday at the Wager Sr. Center in Grafton, Elsie packed up some boxes and flew off to Dallas. She missed her life and friends in Grafton but happily settled into her new home.

Elsie was proud of her 100 percent Swedish heritage and was a lifelong member of the Vasa Order of America, a Swedish fraternal organization. Many of her cousins from Sweden have been to the Grafton Inn, and she had been to Sweden to keep the connections with her family there of over 100 cousins.

For the past few years Elsie lived in a beautiful care facility just a few miles from family. The staff there, along with her friends and family members, all made her life sweeter and richer in every way.

Elsie is survived by her three children, five grandchildren, six great-grandchildren and numerous cousins in the United States and Sweden. 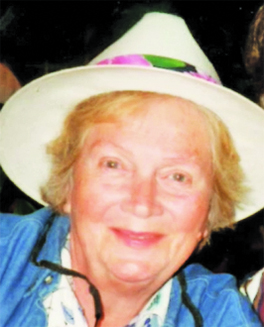